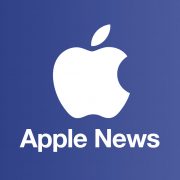 Steven Levy from Backchannel has a fun article to read on the transformation of Siri.

“This was one of those things where the jump was so significant that you do the test again to make sure that somebody didn’t drop a decimal place,” says Eddy Cue, Apple’s senior vice president of internet software and services.

“The error rate has been cut by a factor of two in all the languages, more than a factor of two in many cases,” says Acero. “That’s mostly due to deep learning and the way we have optimized it — not just the algorithm itself but in the context of the whole end-to-end product.”

Probably the biggest issue in Apple’s adoption of machine learning is how the company can succeed while sticking to its principles on user privacy. The company encrypts user information so that no one, not even Apple’s lawyers, can read it (nor can the FBI, even with a warrant). And it boasts about not collecting user information for advertising purposes.

Apple says it has answers for both. “Some people perceive that we can’t do these things with AI because we don’t have the data,” says Cue. “But we have found ways to get that data we need while still maintaining privacy. That’s the bottom line.”

And if you are wondering what you can say to Siri – check out hey-siri.io

New Tutor Tip: How to quickly show your desktop on a Mac

You should update your iPhone right now
Scroll to top