Apple just released new versions of iOS for the iPhone, iPad, Apple Watch, and Apple TV. They plugged security holes, and, best of all, added a few new features. Here are four things you can do once you’ve updated you iPad, iPhone, and Apple Watch.

1: After using your Mac late at night sleep better.

macOS 10.12.4 Sierra has gained Night Shift, a feature that the iPhone and iPad have had. Night Shift automatically shifts the colors of the screen to the warmer end of the spectrum after dark. It may help you sleep better by reducing the amount of blue light that tricks your body into thinking it’s earlier than it is.

To set up Night Shift, on your Mac, open System Preferences > Displays > Night Shift and choose Sunset to Sunrise from the Schedule pop-up menu. Night Shift knows when the sun rises and sets wherever you are. You can also set custom on and off times. (If you don’t see the Night Shift button in the Displays preference pane after upgrading to 10.12.4, your Mac is unfortunately too old to support Night Shift.) 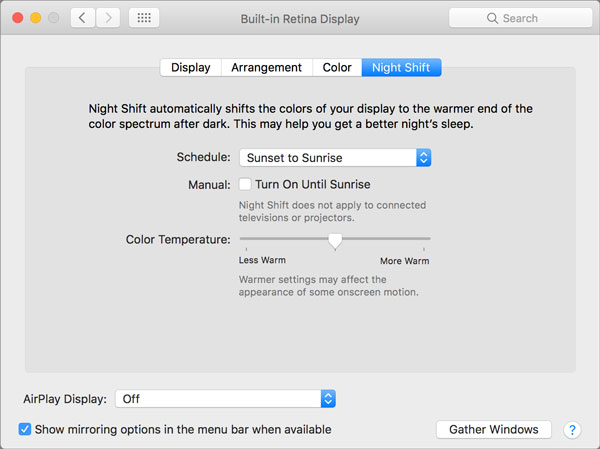 Since Nght Shift changes the colors, if you’re working with graphics at night, or if video looks odd, you can turn off Night Shift manually. Do that either in the Displays preference pane or by scrolling down in Notification Center (click it in the upper-right corner of the screen) to see the Night Shift switch.

2: Find the AirPod that fell between the couch cushions.

Apple’s wireless AirPods earbuds are great, but they’re also easy to misplace. If you can’t find yours, iOS 10.3’s Find My iPhone app can help. Open the Find My iPhone app, tap the AirPods icon in the display, and then tap the Play Sound button to make them play a locator sound. If you’ve lost only one AirPod, you can mute the other so it’s easier to hear where the sound is coming from. 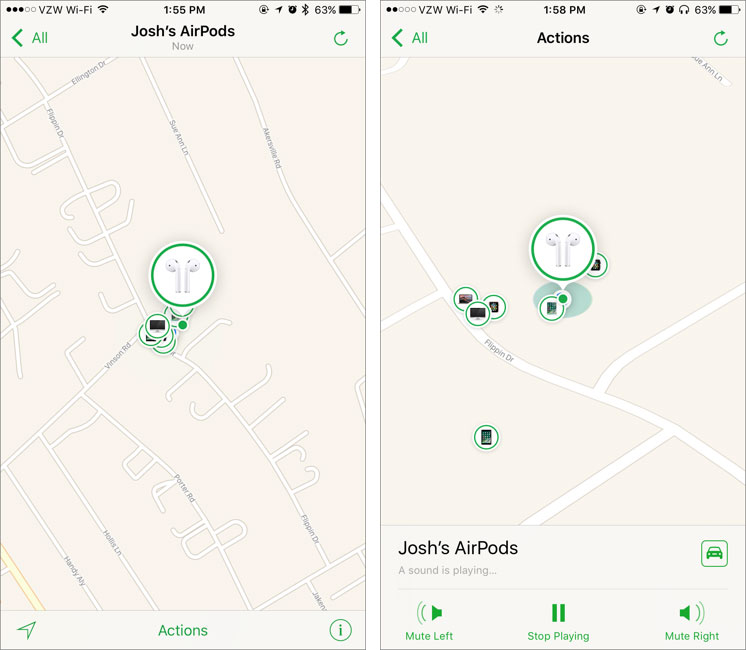 Note that Find My AirPods works only when you Airpods are in ranges on an iOS device, so it may not help if you lose an AirPod while running.

3: Don’t be “that person with the Apple Watch” at the theater.

You’re in a darkened theater, at a play or a movie, and when you move in your seat or cover your mouth to cough, your Apple Watch’s screen turns on, annoying the people around you. Even worse is when a notification rolls in, causing the watch to make a sound. Embarrassing, we know. In the past you could turn off notifications, but when you raise that wrist, your Apple Watch would still light up. Happily, watchOS 3.2 adds Theater Mode, which turns on Silent mode and keeps the screen dark by disabling its standard “raise to wake” behavior.

To enable Theater mode, open Control Center by swiping up from the bottom of the screen on your Apple Watch. Then tap the Theater Mode button, which is emblazoned with theater masks. After the performance, you’ll need to disable Theater mode manually by tapping its button again in the Control Center. 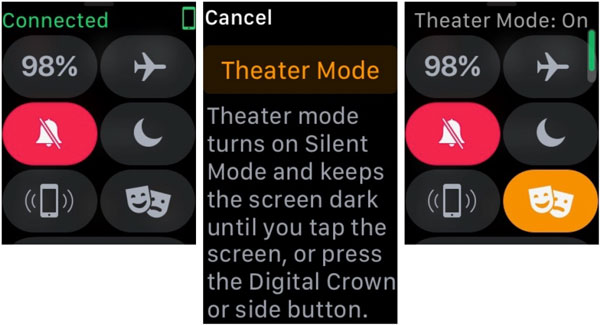 If you do need to check the time, tap your Apple Watch’s screen, or press the Digital Crown or side button.

4: Ask Siri to find your car

We’ve all been there. You parked at the mall, but got turned around while you were inside, and now you can’t find your car in the sea of automobiles. In iOS 10.3, you can now search for “parked car” in Maps, or just ask Siri, “Where did I park?” 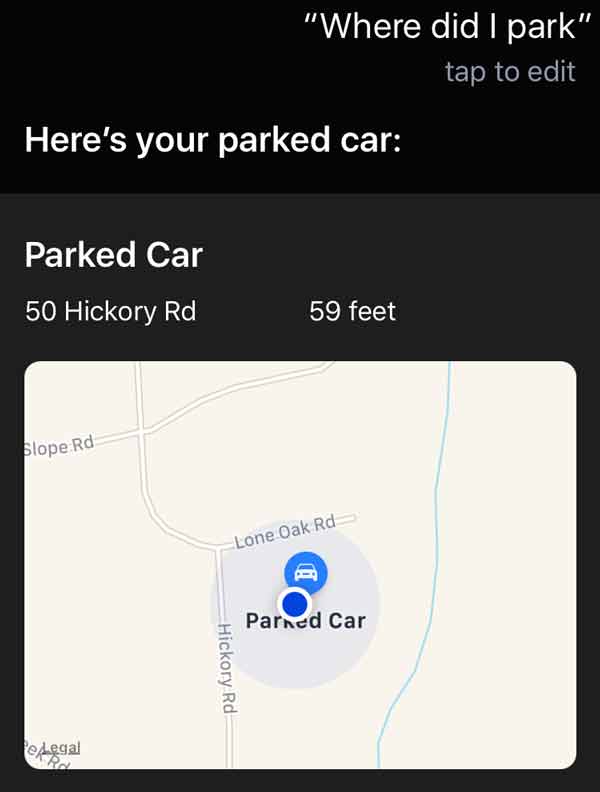 And if you ever lose your car at a place like Disney World, this feature alone will be worth the price of the iPhone!

Use this Secret Trick to Turn the iPhone Flashlight Off Quickly