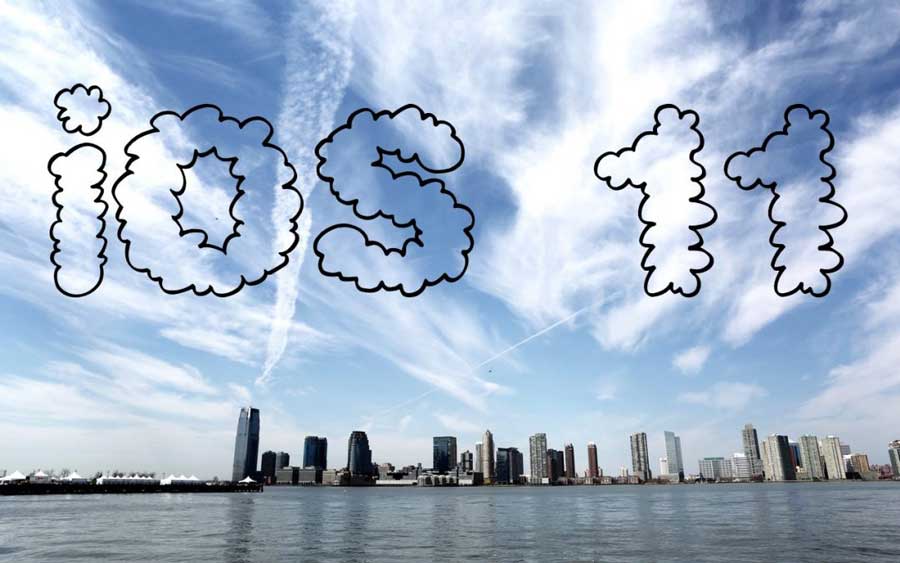 Not buying a new iPhone this year? You can still enjoy a number of the “New and Improved” features Apple’s iOS 11 includes. There are quite a few new features and improvements in iOS 11, let’s take a lok at a few of these.

Getting Started
You’ll notice a few things right off after you install iOS 11. Dock icons no longer have names, and many Apple apps now have the bold text design Apple brought to the Music and News apps in iOS 10.

Although the new Automatic Setup feature won’t help you today, when you next get a new iOS device, it can transfer many settings from an older iOS 11 device automatically. Similarly, the new Share Your Wi-Fi feature lets you send your Wi-Fi network’s password to another iOS 11 device that tries to connect.

Need to recover precious space? Don’t want to buy a new iPhone with more storage? Choose Settings > General > iPhone/iPad Storage and you can offload unused apps (while keeping their settings and data), delete old Messages conversations automatically, and see how much space each app consumes. Deleting music from the Music sub-screen (tap Edit) will help too. 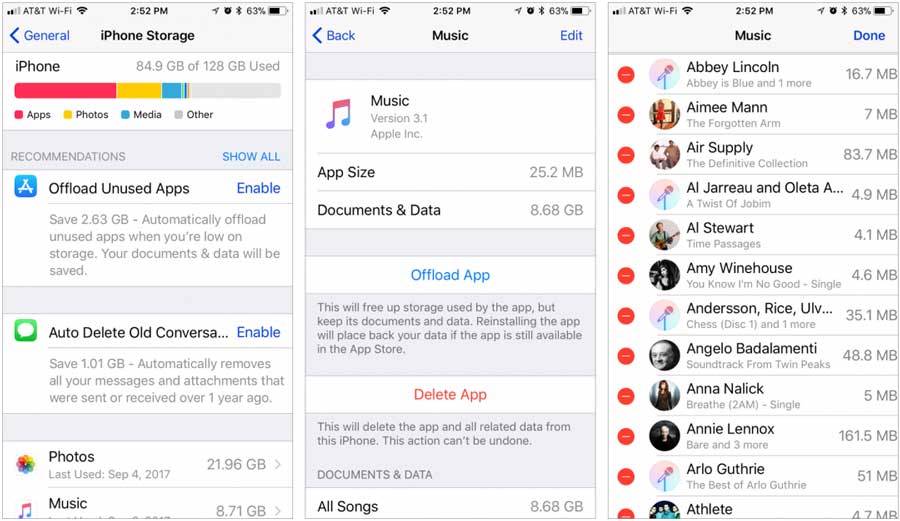 Special Screens
Apple redesigned the Control Center, which most people still get to by swiping up from the bottom of the screen (iPad users keep swiping up after the Dock appears, and iPhone X users will have to swipe down from the right-hand top of the screen). It’s back to a single page of icons, and you can access additional options by pressing and holding on any set of controls. Even better, you can add (and remove) controls in Settings > Control Center > Customize Controls. 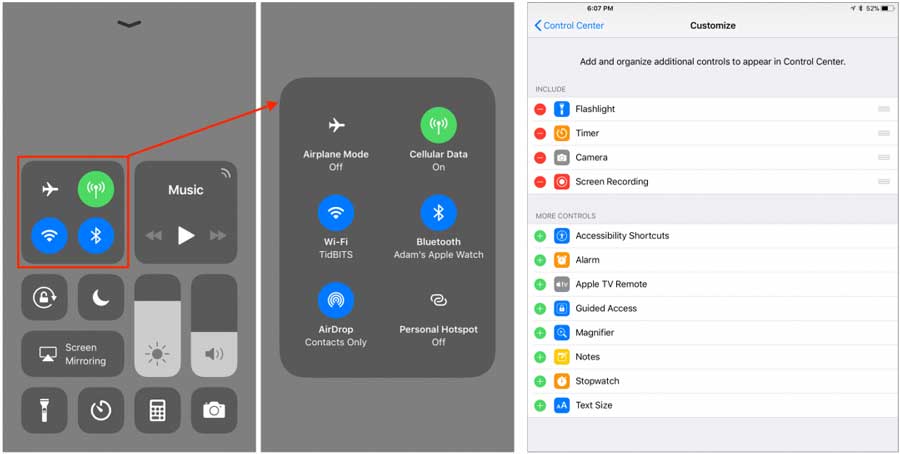 In the car? The Lock screen is all you’ll see by default now, thanks to the Do Not Disturb While Driving feature. This new feature blocks notifications and prevents you from using your iPhone while at the wheel. Your iPhone will also auto-replying to people who text you. Calls still come through to your car’s Bluetooth system, and texts from people designated as favorites can break through the texting cone of silence. Are you a passenger? You can disable Do Not Disturb While Driving easily from a notification on the Lock screen. 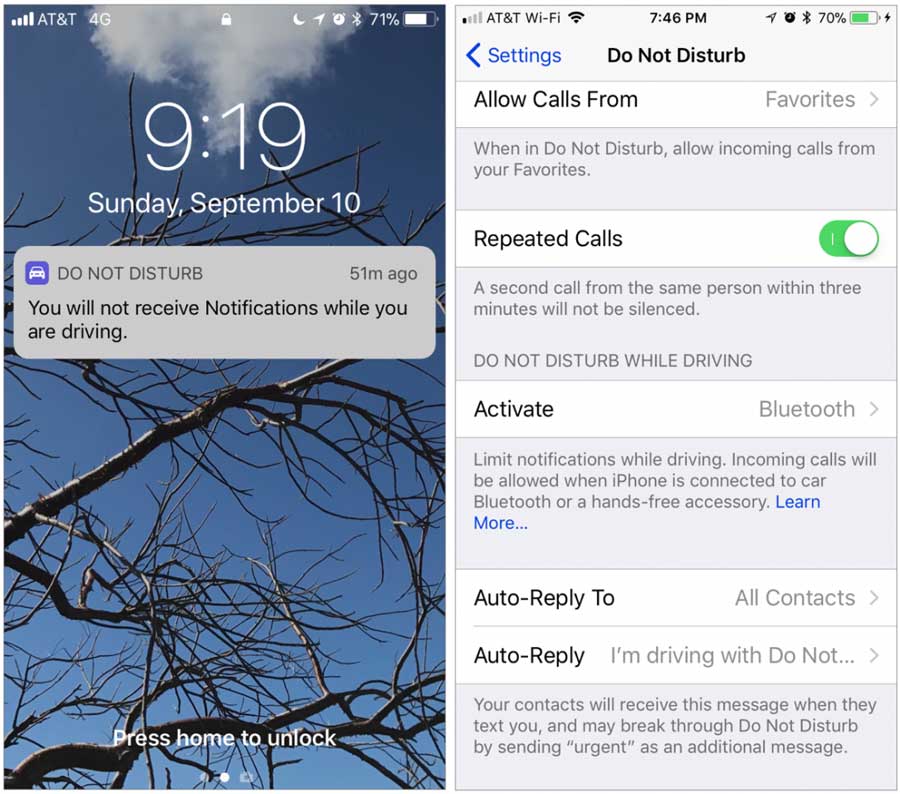 Smaller Changes and App Updates
Here are a few smaller changes that you’ll appreciate include:

Siri sounds more natural, can do translations, and uses on-device learning to understand you better and provide more useful results.

On an iPhone, press the Sleep/Wake button five times quickly and swipe the Emergency SOS button, a new Emergency SOS feature will call 911 and notify your emergency contacts of your location. Tap Settings > Emergency SOS to set this up.

The password auto-fill feature now suggests stored login information for many apps right from the QuickType bar above the keyboard—manage this in Settings > Accounts & Passwords > App & Website Passwords.

Camera: New file formats will make your videos and photos take up less space. There are a few new filters, and Camera can finally scan QR codes, which simplify loading Web sites, getting contact info, and connecting to Wi-Fi networks.

Photos: You can now apply looping, bouncing, and long exposure effects to a video in a Live Photo. Photos can at long last play animated GIFs and has a new Animated smart album to hold them.

Files: This is a major new app that replaces the iCloud Drive app. Look in Files for access not just to iCloud Drive, but also to files on your device and in other cloud sharing services like Dropbox and Google Drive. Think of it as the Finder from your Mac for your iPhone and iPad.

Messages: A new app drawer at the bottom of the screen tries to entice you to use iMessage apps. Most are just stickers, but some are useful and Apple provides a new Apple Pay app here (coming our with a later update to iOS 11) that lets you make person-to-person payments. 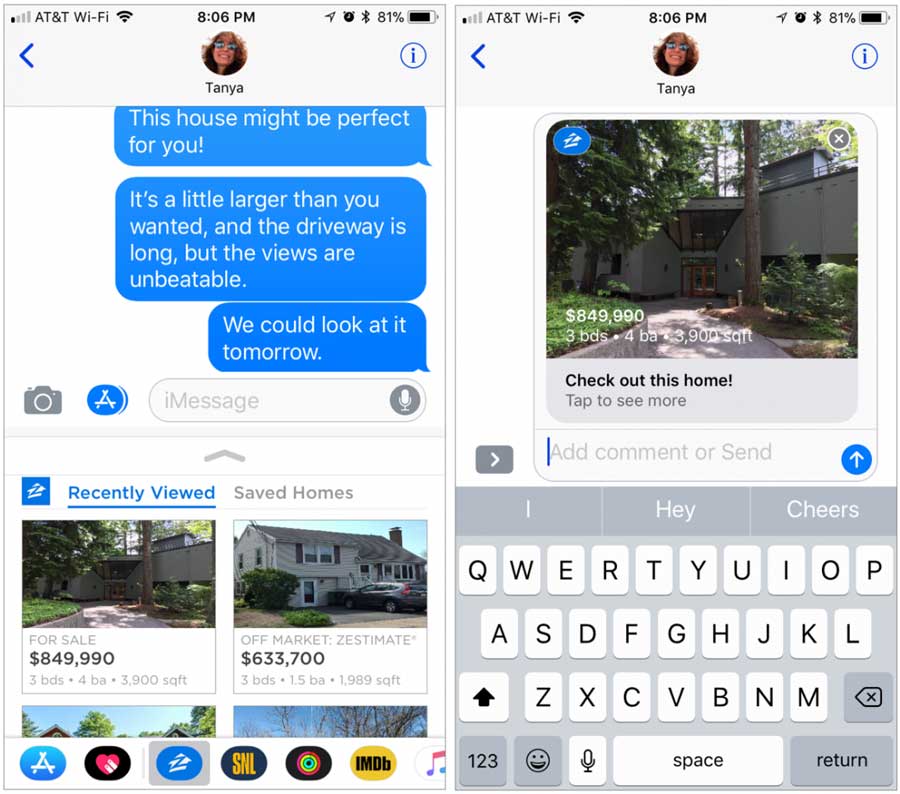 Notes: The new Instant Notes feature make starting a note as simple as tapping the Lock screen of an iPad Pro with an Apple Pencil, or the optional Notes button in Control Center. A note can now look like lined paper or graph paper (tap the Share button, then tap Lines & Grids). You can also now scan a document. The idea is that you then sign it with the Apple Pencil and send it on its way. Notes can also now find text in Apple Pencil handwriting.

Take some time to explore—we’re liking these new features and we think you will too!